Final conference of the project:
“Promoting Social Business in the
Secondary School of the Emilia Romagna Region”

On May 30, 2016, at the Salone Bolognini, a splendid setting for the initiative, over three hundred students and professors from the Secondary Schools of the Emilia Romagna Region took part in the Social Business Event’s 2nd Edition.

The competition between the social business ideas represented the final phase of the training project that the Grameen Italia Foundation realized during the school year 2015/2016.

Eros Drusiani, the event’s main lecturer, lead with a spark of irony the presentation of the fifteen groups admitted to the final competition. The audience witnessed original and captivating explanation of business ideas: alternating short films and interviews, animated presentations, stories inspired by the business idea, and even tastings of the products offered.

Each group had five minutes for the elevator pitch and five minutes to answer the questions of the judges. The performances were evaluated by a Committee composed of representatives of the worlds of profit, non-profit and local institutions (Legacoop Bologna, Ashoka Italy, Incredibol-Municipality of Bologna, La Petroniana s.r.l., Maccaferri Group, Young Entrepreneurs Unindustria).

The day ended with the proclamation of the three winning groups.

1st place was awarded to the group “S.L.E.F.F.” from high school Alessandro Tassoni of Modena with a homonymous project. The idea proposed was to create an online portal to encourage the free exchange of unused items among private individuals, and the purchase and sale of unsold goods between companies and individuals.

The group “I do not know, you tell me” from high school Laura Bassi made the 2nd place with “The flavours of the wind”. This is the name of a company which intends to create a multi-ethnic catering service, employing migrant women, enhancing their skills and supporting cultural exchange with the Italian context.

In 3rd place, finally, we find the “Brainsavers” group from I.T.C.S. Salvemini with the social business “Cleaning from the world”. The project involves the creation of a facility management company that offers job opportunities for political refugees.

The Foundation thanks all the participants who have contributed to making the day rich and passionate. 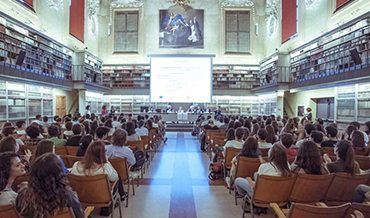