On July 8, 2015 Muhammad Yunus, inventor of microcredit and founder of Grameen Bank, received honorary citizenship of the City of Bologna.

Muhammad Yunus, 2006 Nobel Peace Prize winner, strengthens his connection to the Emilia Romagna capital. In fact, in 2004, two years before receiving the Nobel Prize, she was awarded the Honoris Causa Degree in Education Sciences at Alma Mater Studiorum, as suggested by Professor Luisa Brunori. The title was awarded by the Magnificent Dean Pier Ugo Calzolari. Eleven years after, during which Prof. Brunori’s workgroup continued to invest in the promotion and design of Microcredit and Social Business, Prof. Yunus returned to visit Bologna. Upon a proposal by the Mayor of Bologna, Virginio Merola, and the President of the City Council Simona Lembi, the City Council met in an extraordinary session to grant honorary citizenship to Muhammad Yunus in the presence of the third office of the State, the President of the Chamber of Deputies Laura Boldrini.

The day ended in the Farnese Chapel at Palazzo D’Accursio in Piazza Maggiore, where Professor Yunus held a speech addressed to citizens. During the meeting Professor Luisa Brunori and Prof. Romano Prodi took the stand.

By clicking on the items in the list below, you can read the speakers’ interventions. Below you can view photos of the event.

Invitation to citizenshipDecision of the City Council 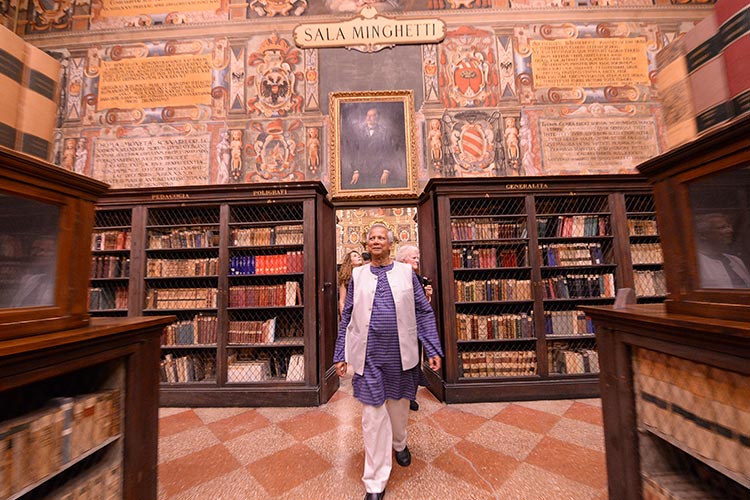 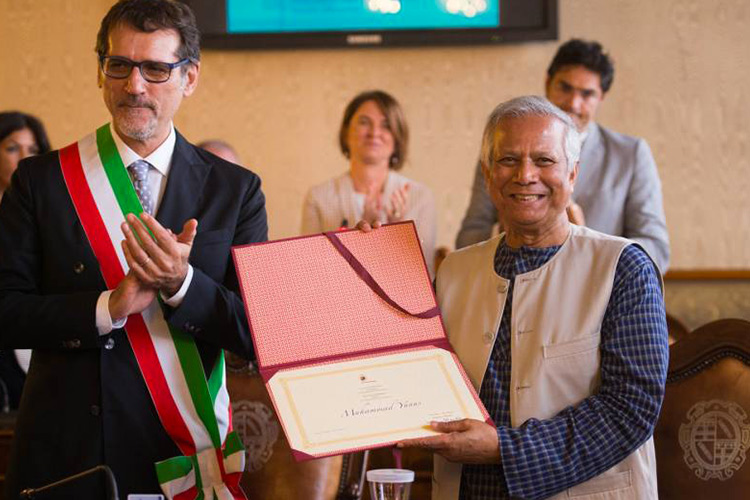 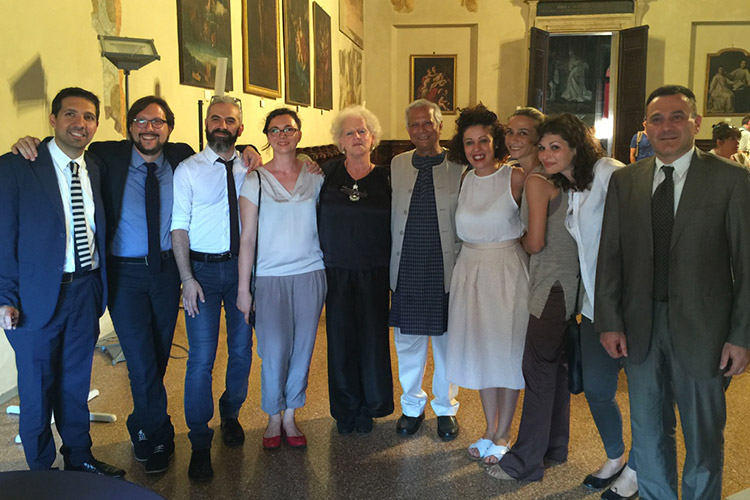 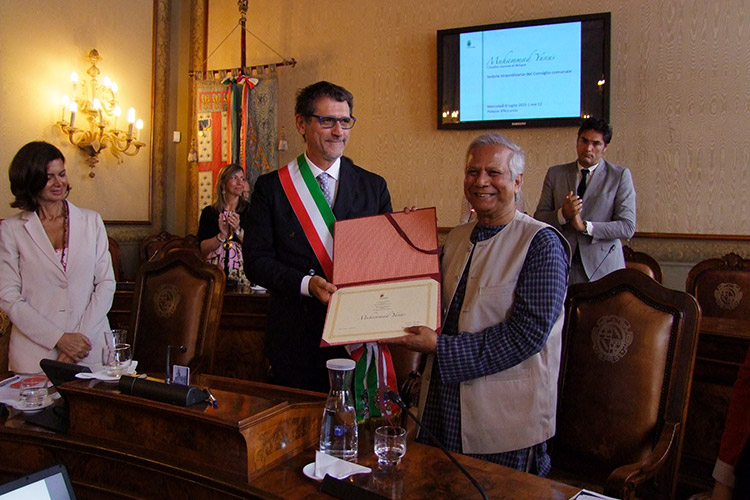 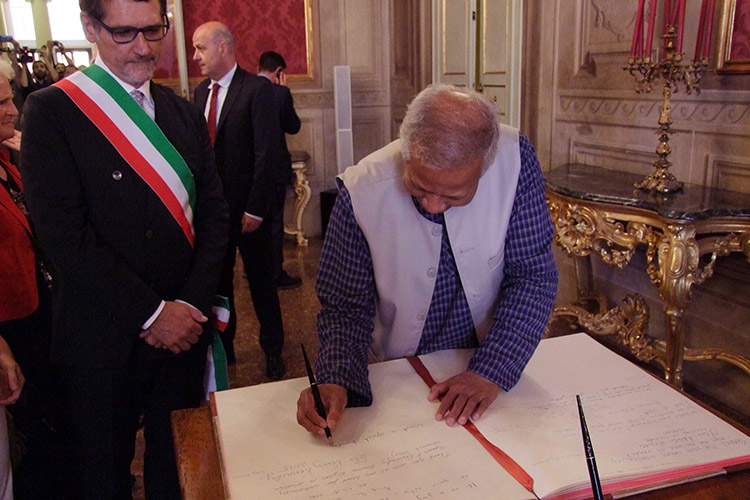 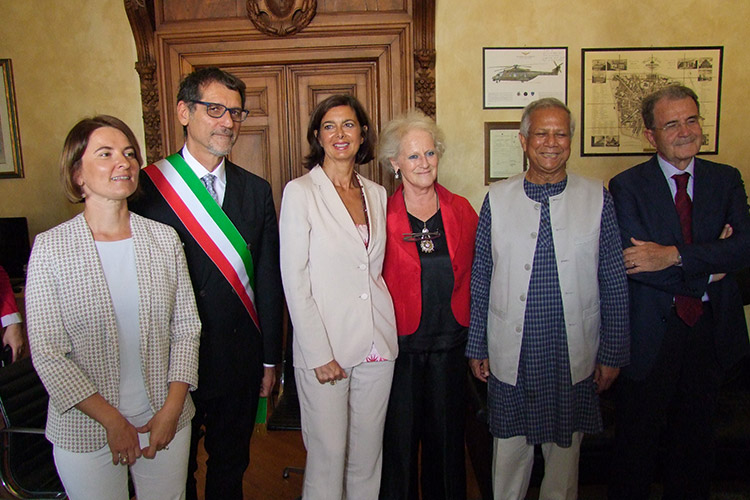 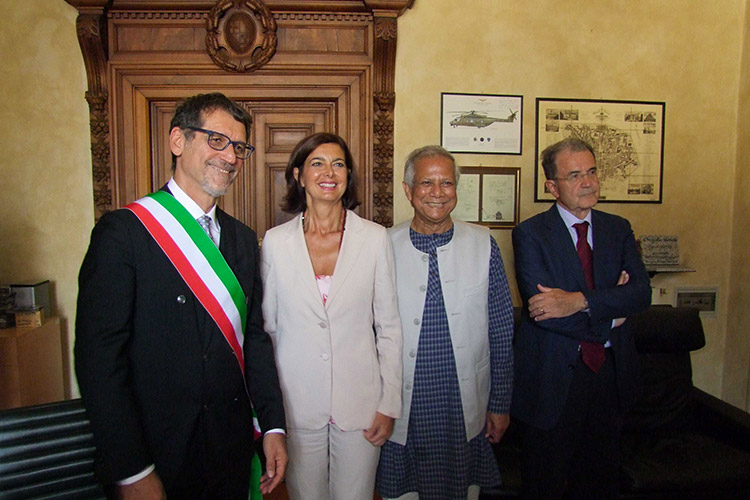 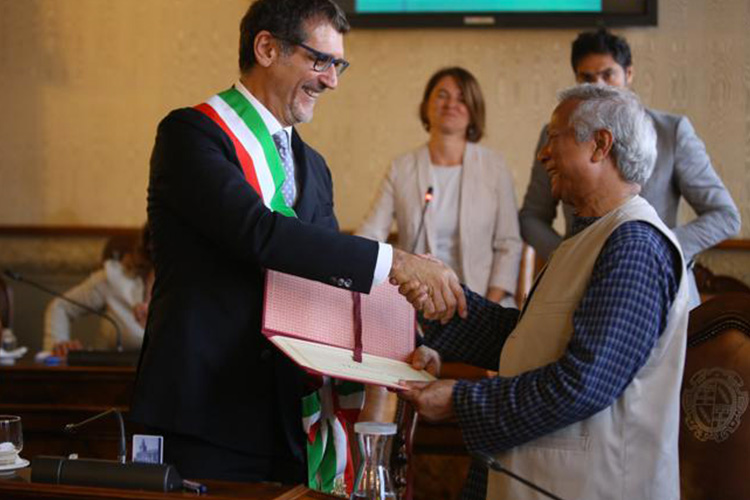 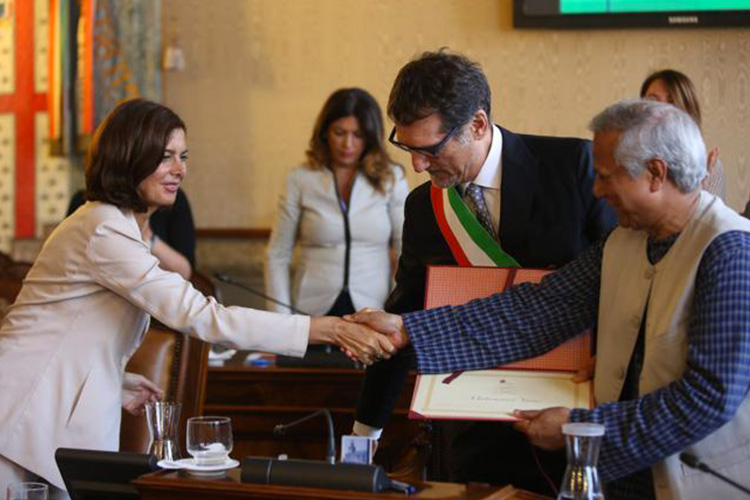 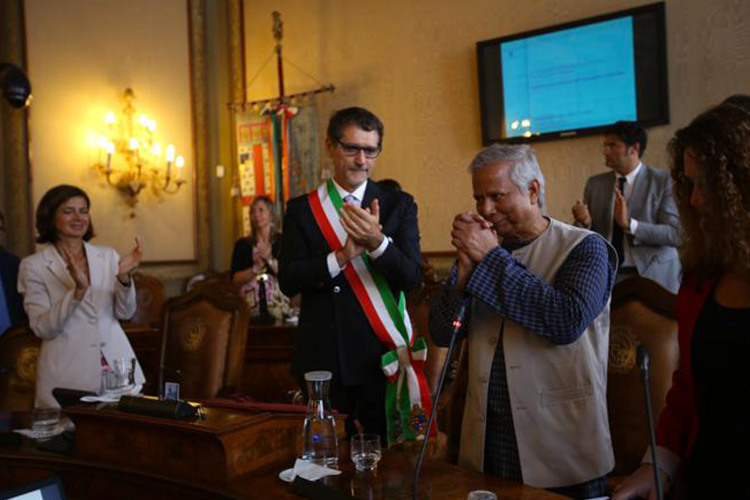 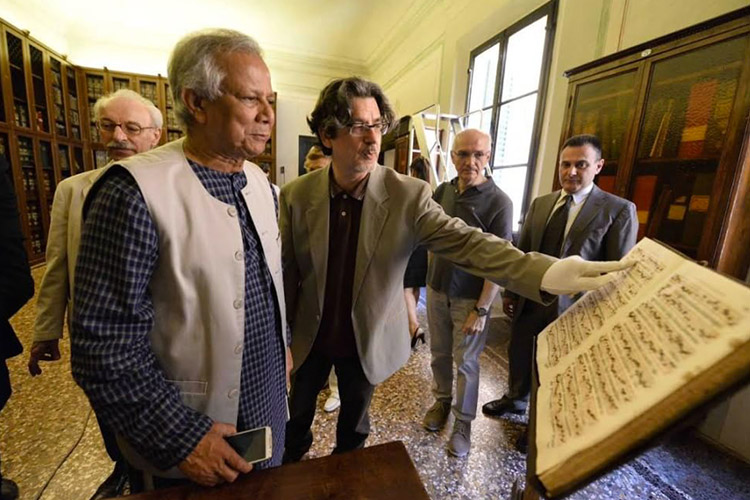 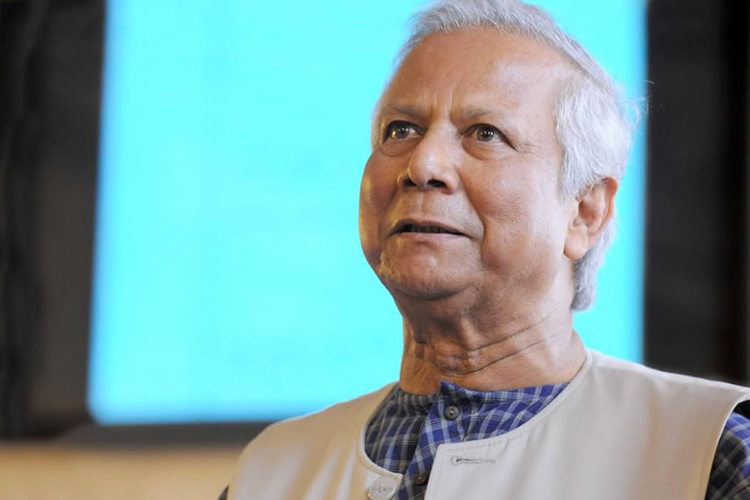 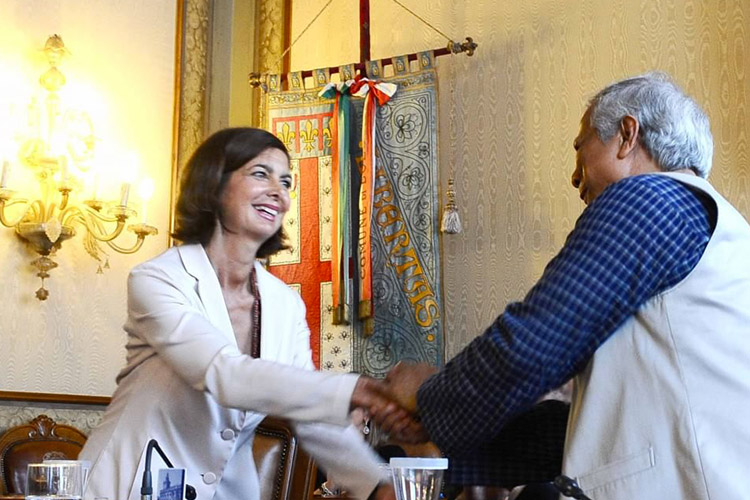 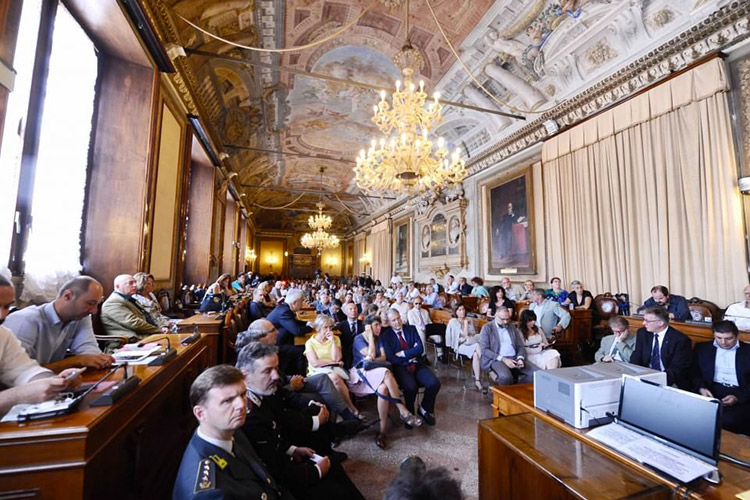 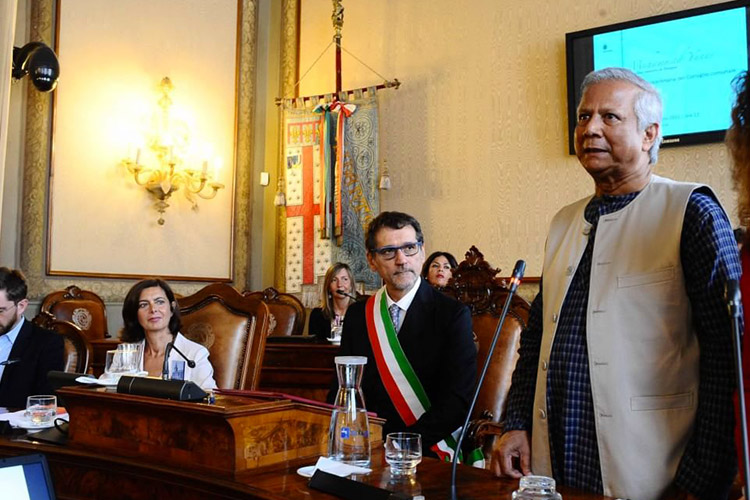 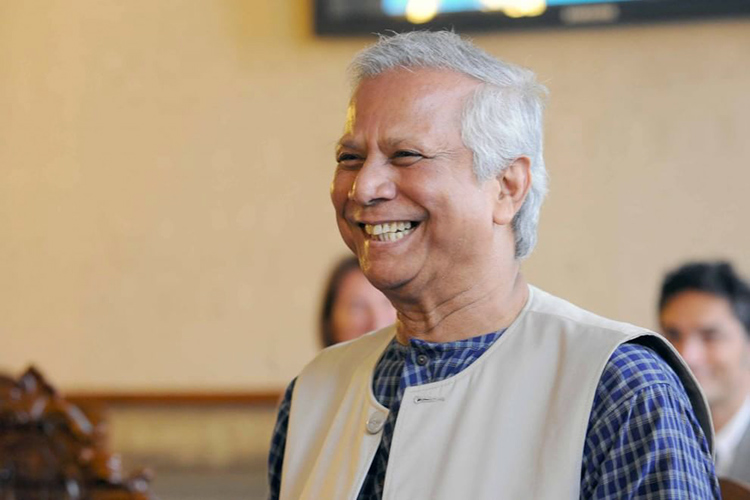